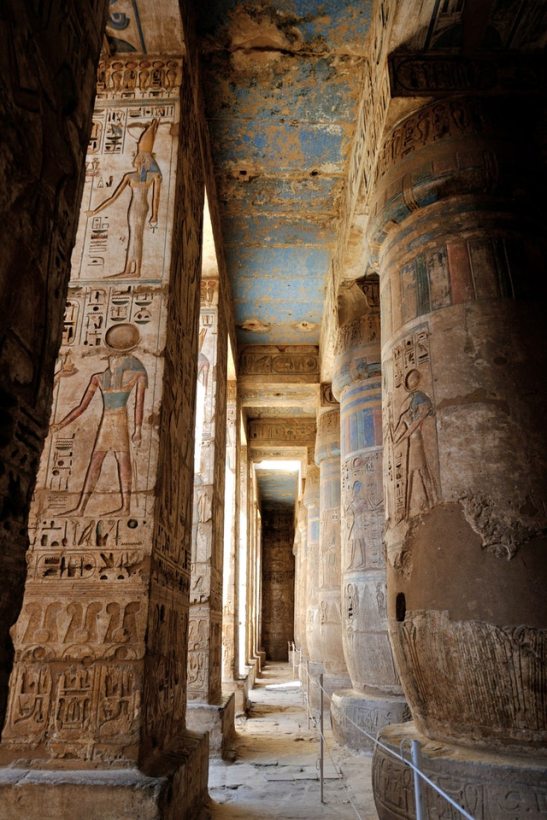 Ever since I was little, I have been a sucker for ancient mythology. I loved history and how the early civilizations explained daily life with some of the most complex storytelling that would ever be invented. Out of all of the mythology I read, my favorite was always ancient Egypt. The stories resonated with me when I was little and carried far into my adult life. I initially went to school for History and Anthropology because I wanted to eventually get a masters in Egyptology. I had books on the myth and books on how to read hieroglyphs and my first tattoos were the hieroglyphs of my two favorite deities, Bast and Set.

Coincidentally, Set is the one I want to talk about today. He’s one of the original bad guys of storytelling (though the relationship between him and the ancient Egyptians was more complex than that) and he is a great inspiration for villains and anti-heroes.

Set was one of the five original children of Nut and Geb, the sky goddess and the earth god. Along with Osiris, Isis, Nephthys (whom he married, because that’s what happened in ancient Egypt), and Horus the Elder, Set was hailed as a protector of humanity in his earliest days. He was recognized as the only god that would not fall under the spell of the serpent Apophis, whom he would destroy each any every night to assure that the sun would rise each and every morning. He was associated with chaos, storms and the barren desert, and was described as having fair skin and red hair (I am almost certain he was described with green eyes, but I can’t find that now).

Somewhere around the Middle Kingdom era, Set’s story and demeanor began to change. He was jealous of the power and adoration of his oldest brother, Osiris, and planned to murder him. Begin one of the most elaborate, extra murder attempts of the time (and the first murder, according to the legend). Set had a beautiful, painstakingly elaborate box created to Osiris’s measurements. He threw a big party—because what good is an elaborate murder if you don’t have a bunch of people to witness it—and ended the night with a “game” that would make Jigsaw proud. He brought out the box and told the guests that whoever could fit in the box the best would take it home as a gift. Plenty of guests took turns trying, but, obviously, none of them would fit. When Osiris tried, Set nailed the lid over the box, entombing Osiris inside and threw him in the Nile. Osiris died in that box, and Set was now the new one to rule over all of creation.

If you want to know what Set’s rule was like, it was much like Scar’s rule from The Lion King. The land went barren, food was scarce and fighting was rampant. Set ruled, unknowing that Isis, Osiris’s wife (and sister, because, ancient Egypt) had found her husband’s body and was planning to resurrect him. (Isis was one of the original badass women of ancient mythology, but that’s another story for another post.) Set tricked his wife, Nephthys, into telling him the plan, and then set out to find the body, proceeding to chop it into pieces and scatter it all around Egypt. Isis found all of the pieces, however, put Osiris back together and, using the magic she was so well known for, proceeded to get pregnant and have a son, Horus.

Once Horus was of age, he challenged his uncle to the right to rule. It was a long fight that lasted years, but Horus was victorious. Some legends say that he killed Set, while most say that he merely dethroned him. Either way, Set’s days of ruling were over and Horus took the throne.

This is all a very brief overview of Set, but you can see that he was a force to be reckoned with, just from this summary. Set is a great inspiration for a villain but can also be a good source of information for the chaotic, bad-boy antihero character, as well. The story of the betrayal of Osiris would be a great inspiration for a scene. There’s also the imagery associated with Set: the desert, storms and the weird, anteater-looking animal with a forked tail and cloven hooves (which, coincidentally is my tattoo).

If you’re looking for inspiration for how to incorporate this and more ancient Egyptian mythology into your story, I suggest the Elizabeth Peters books featuring Amelia Peabody, the Egyptologist and sleuth. I read a great deal of her books when I was a teenager and started reading them because she had released a book with the Set-animal on the cover called “He Shall Thunder in the Sky.” It’s definitely worth the read if you are wanting to explore writing about the subject

View all posts by cappysarah